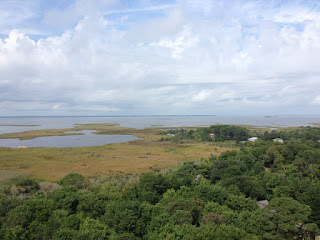 A view of the Outer Banks

From a historic point of the view, the seas off shore of the Outer Banks are littered with ship wrecks that go back to pre Civil War times and the Wright Brothers used the dunes at Kill Devil Hills (not Kitty Hawk) to launch their "flying machine" and made history on December 17, 1903 when the first powered flight in a fixed wing aircraft was made. 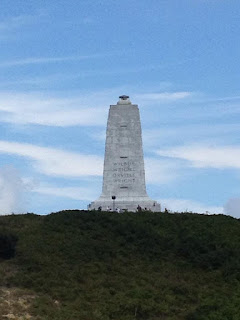 Having lived on the west coast all my life, living in Southern California and now in British Columbia, the east coast beaches were quite different and I liked them.  I quite enjoyed walking on the baby powder sand, feeling the warm breeze and watching the squadrons of pelicans cruising the coastline. 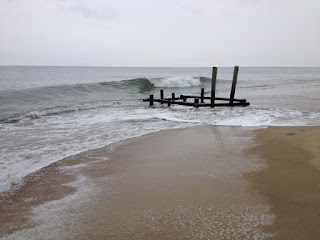 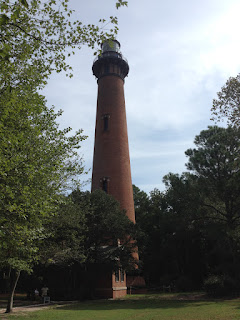 Riding the Outer Banks is more of a beach cruising experience, which was a nice change of pace after playing in the Blue Ridge and Smokey Mountains.  This is where the Infotainment system on the big Harley Davidson was put to good use.  Beach cruising at it's best! 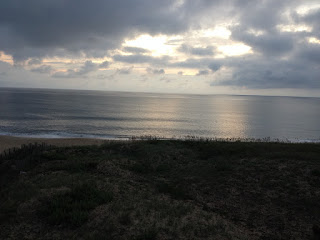 Sunset on the Outer Banks

I'll be back to the Outer Banks for an extended visit very soon.