First up will be my annual trip to the Vancouver Motorcycle Show on January 23rd.  There are a few motorcycles I want to see and "ogle" over.

1.  The Ducati Multistrada Enduro:  A Superbike powered bike that has off-road suspension and was designed to actually go in the dirt.  I like that! 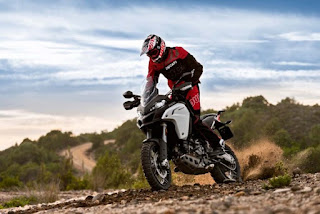 2.  The Triumph Tiger Explorer 1200 XCX:  I've been a fan of the Triumph inline triple engine for a long time (I own a 1999 Triumph Sprint ST 955) and enjoyed the 6 days I spent on a 2014 model in 2015.  The new Explorer comes with semi-active suspension, programable ride settings and cornering ABS.  There are a few other new "bells and whistles" as well.  On paper this points to a motorcycle that should be significantly better then 2015 model. 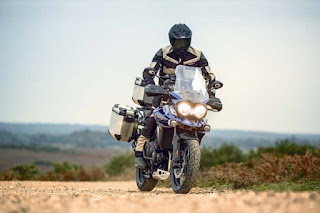 3.  The Honda Africa Twin:  There has been a lot of hype about this motorcycle and I'd like to see what that's all about. 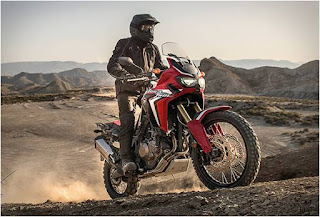 4.  The Triumph Thruxton R:  I love the cafe racer style, however in years past most of them were wimpy and handled poorly.  On paper this motorcycle has the looks and an engine that should be "entertaining". 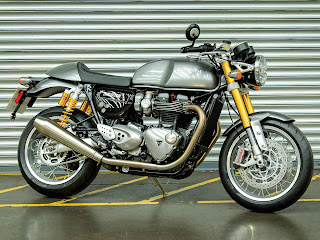 There will be others that I'll discover once I'm there, however the above are the four that I'll be looking at the most.

In the Dream Ride department there are more then a few rides planned and several that are currently in the "possibility" stage.

1.  Strathcona Park on Vancouver Island, BC Canada:  This is in my "back yard" and I've never ridden into the park.

2.  The Cascade Loop in Northwest Washington:  3 days of beautiful mountains and mountain roads.

3.  Crows Nest Highway British Columbia / Idaho Panhandle / Columbia River:  This will be a 7 day (or more) cruise through the Northwest.

2.  Northern Italy:  A big bucket list ride to be sure.

3.  Baja California, Mexico Off-Road:  After getting a taste of Baja off-road the idea of doing more is very appealing.

4.  Southwest Utah / Northwest Arizona:  I've ridden in this area 3 years in a row and there are many roads left to explore.  May as well make it an annual tradition.

I would love to have you share your plans for 2016 by adding a comment in the blog. 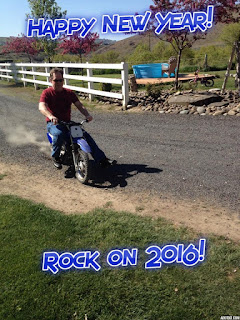