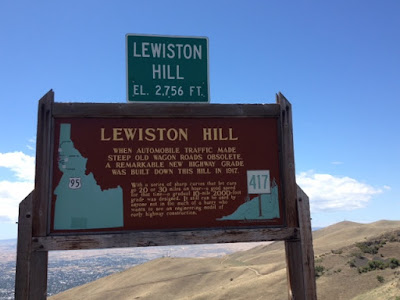 The Lewiston Hill, otherwise known as The Old Spiral Highway is located north of the city of Lewiston Idaho.  The road is 10 miles long and changes 2,000 ft in elevation. 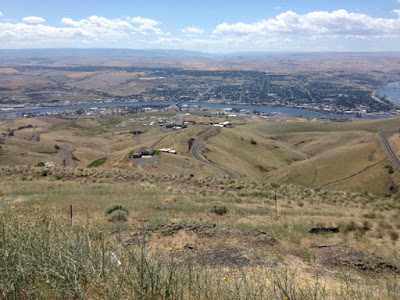 The 60+ corner road has recently been repaved and is one of the best local riding roads in Idaho.  The view from the top is spectacular.


If you're riding anywhere close to Lewiston, Idaho I'd recommend a detour to ride this road.
Make sure you go up as well as down...
Gerald Trees
Dream Your Ride
Posted by Gerald Trees at 17:44 3 comments:


Suzuki’s V-Strom 1000 was completely re-designed in 2014, which is great as there had been very little, if any, change in the Big Strom since it was introduced in 2002.  Suzuki stopped making the V-Strom 1000 in 2009 and continued to sell off stock until the new model was introduced.  The “claim to fame” of the re-designed V-Strom 1000 is it’s the first Suzuki with traction control.  Ya, I was surprised too… 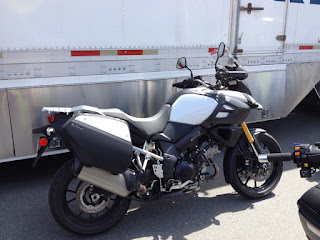 Powered by a 1,037 cc 90 deg V-Twin engine that produces about 90 hp and 67 ft-lbs of torque (Suzuki doesn’t publish these numbers so these numbers are courtesy of Cycle World), the V-Strom is at the bottom of the power race when compared to the other Big Adventure Touring motorcycles and yet in real world conditions it works well.  Power delivery is smooth and strong especially at slow speeds.  I would suggest that Suzuki adding traction control to this motorcycle was more a matter of “me too” as it’s unnecessary with this engine.

Perhaps the biggest surprise is how the V-Strom handles.  The seating position is comfortable, upright and stable when riding in a straight line.  I was expecting to have to work to corner the motorcycle and was pleasantly surprised with how easy it was to transition into a corner and hold the line.  The one area where an upgrade would help is the front suspension.  I found it too soft charging into corners and with hard braking the motorcycle would dive, making it more challenging to control.

How about “off road”?  Any of the Big Adventure Touring motorcycles will manage on gravel or packed dirt roads and the V-Strom 1000 feels like it would manage well.  The cast wheels are an indication that Suzuki feels most owners will stay on the pavement, rarely heading into the dirt.  There are enough aftermarket parts available to make this a worthy off-road motorcycle.

If you’re looking for an affordable Adventure Touring motorcycle, the V-Strom 1000 ABS / ABS SE Adventure is the motorcycle to buy.  I would recommend saving the $1,300 and buy the standard model over the SE Adventure model.  Take the savings and buy aftermarket bags, skid plate and engine guards.