The Icefields Parkway (Alberta 93 North) is a beautiful 230 km (143 mile) section of road that begins at Lake Louise on the southern end and ends at Jasper at the northern end.  The road cuts through a section of the Canadian Rockies that is loaded with more pictures then you could pack on a memory card.  While the ride is relatively short, plan a full day to make the journey as you'll be stopping many times to enjoy the views, which will include majestic mountains, lakes, wildlife and a large glacier or two. 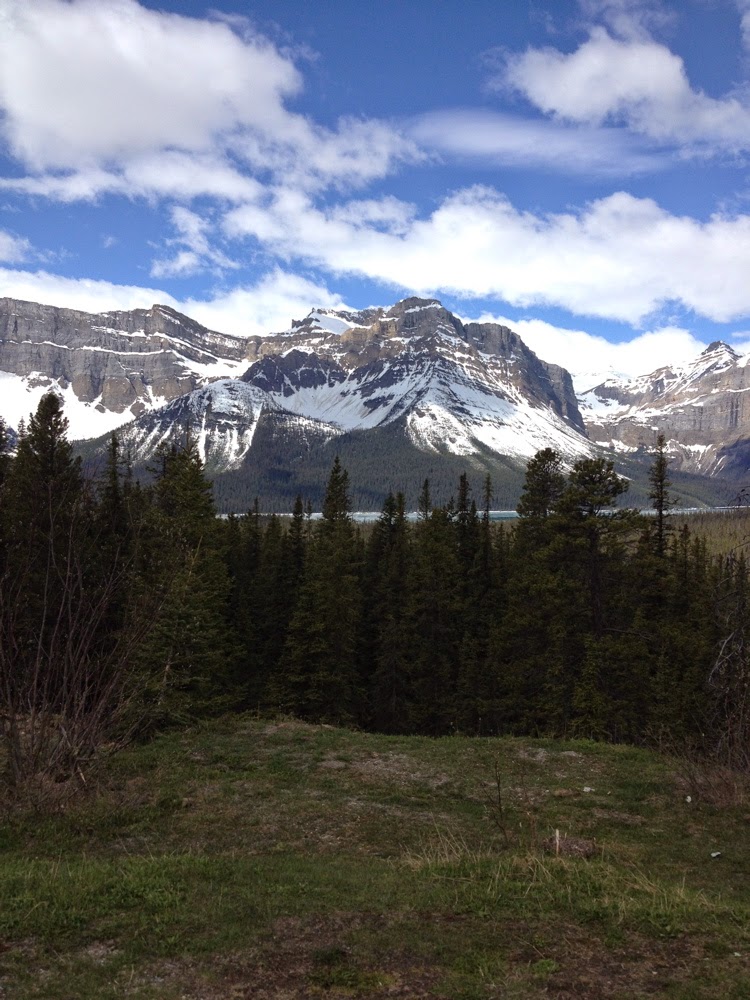 The beginning of the parkway 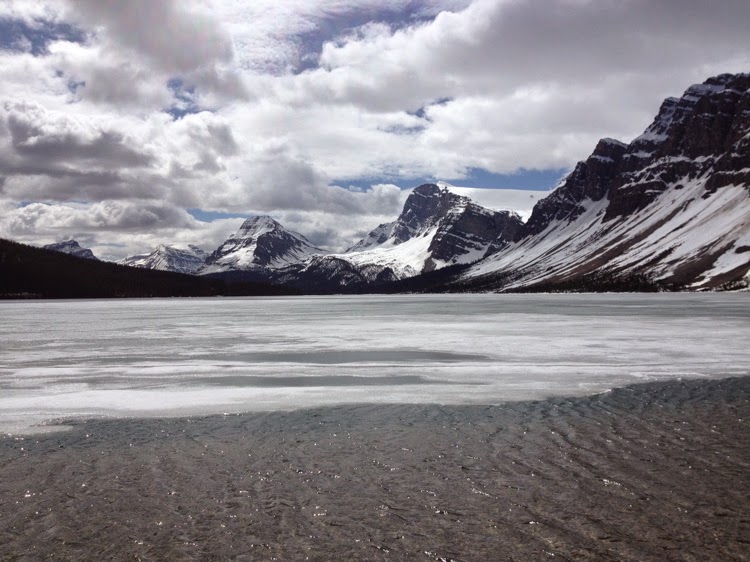 Ice can be found on the high mountain lakes in late spring and early summer... 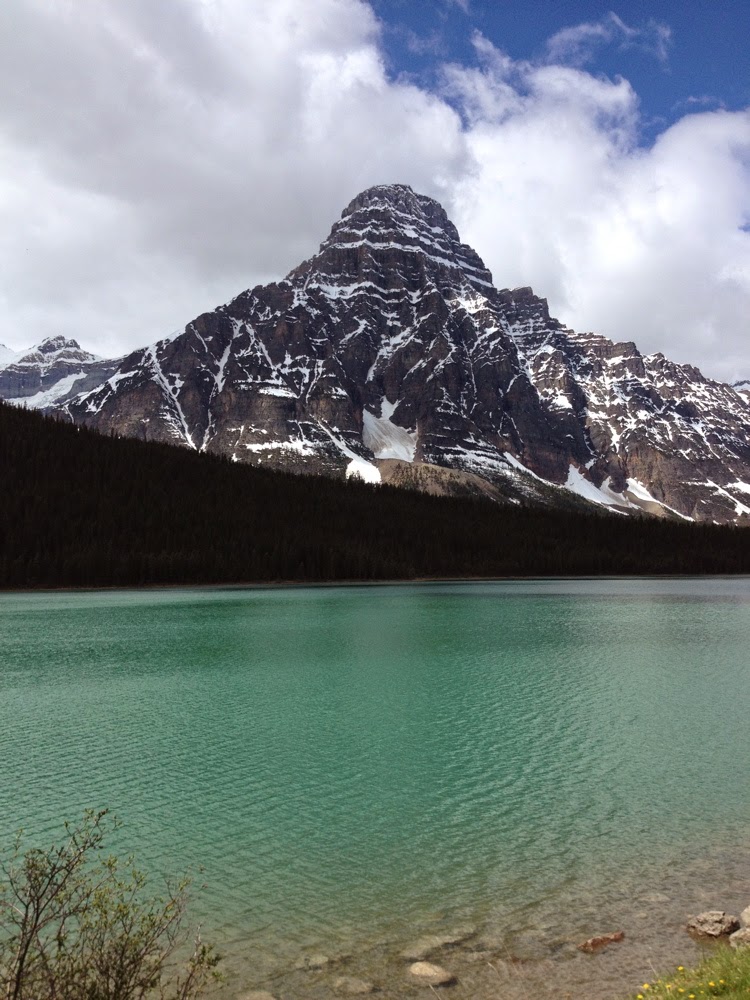 and be emerald clear only a few kilometers down the road 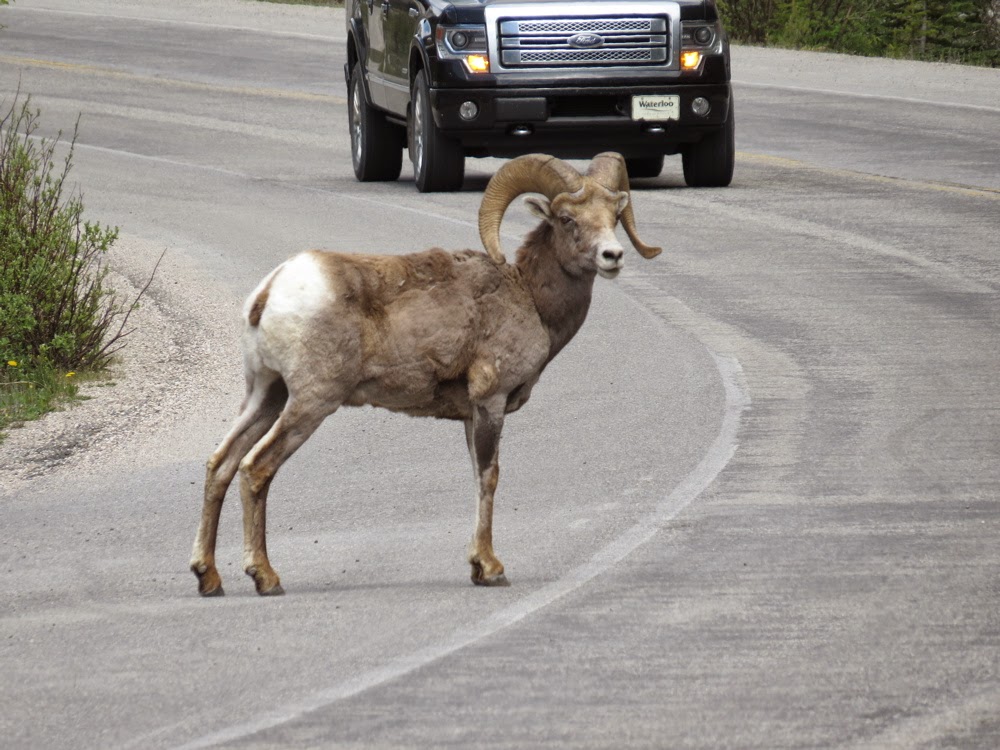 One of the locals... 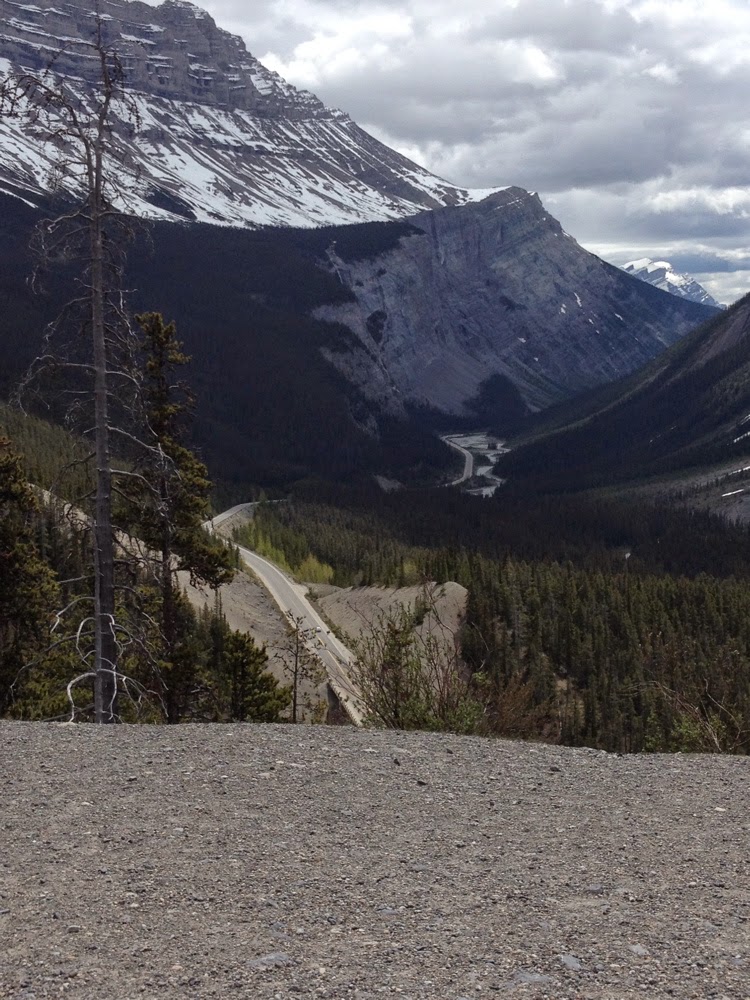 If you like corners and elevation changes, you'll love this road! 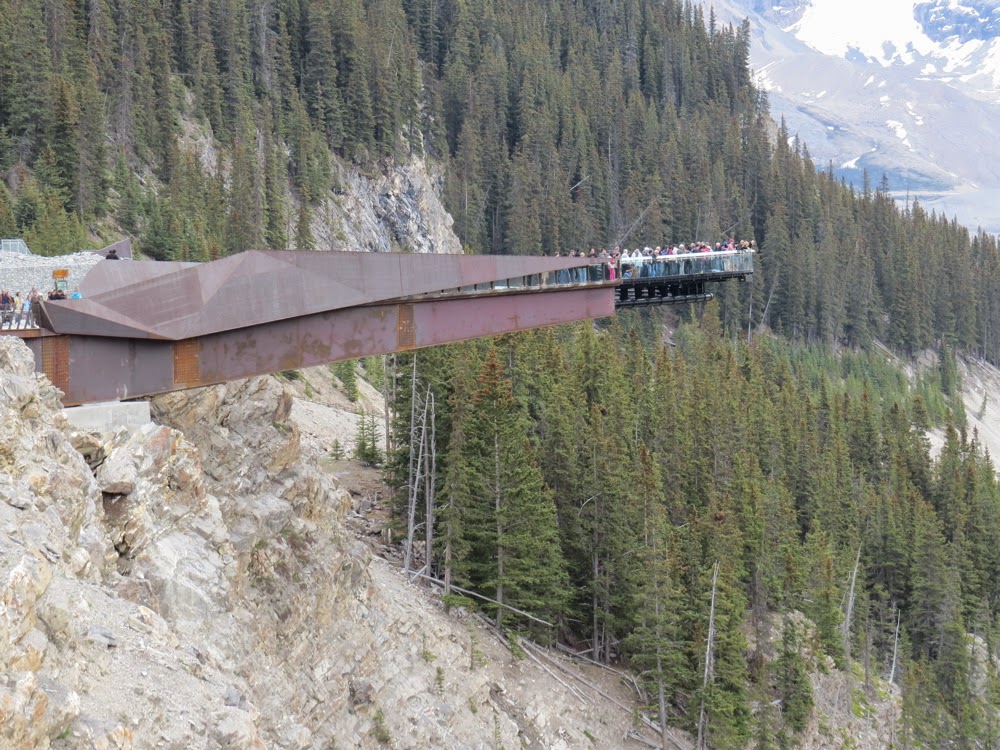 The Glacier Skywalk - A glass observation deck that is 300 meters (1,000 ft) above the valley floor 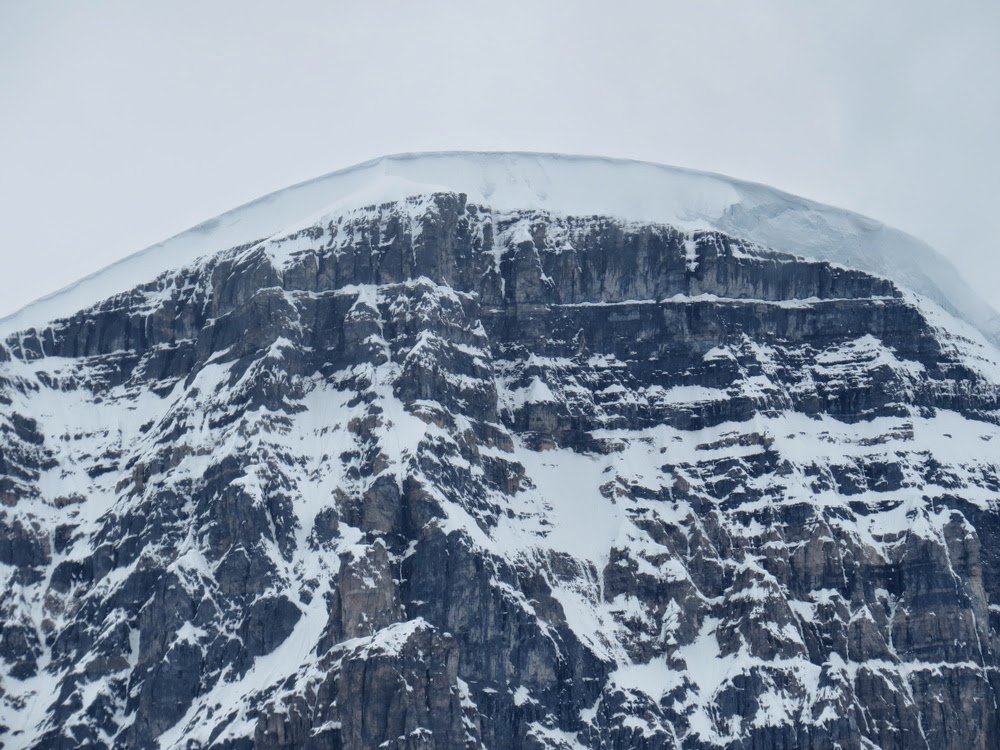 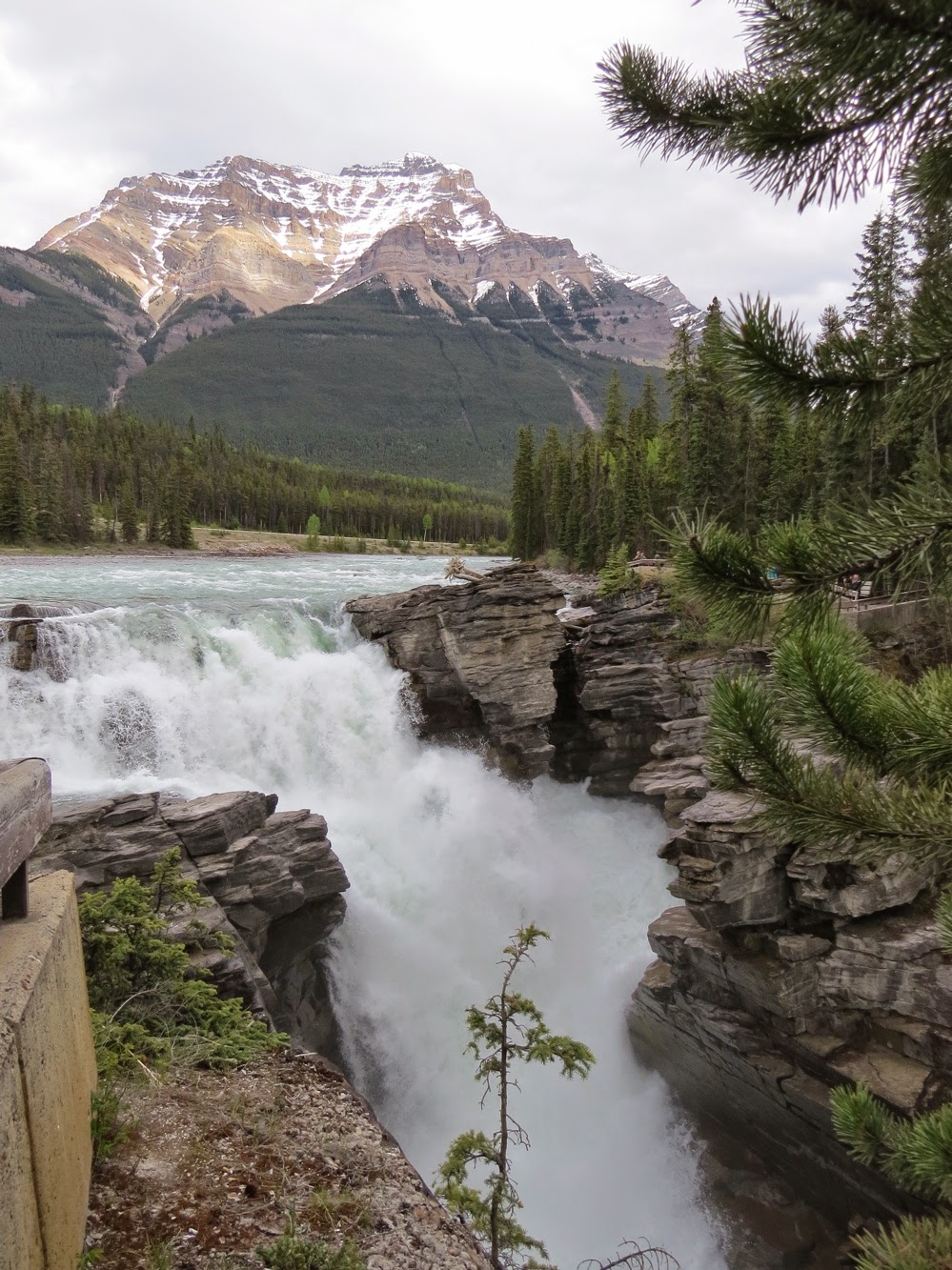 One of many mountain and waterfall scenes along the way 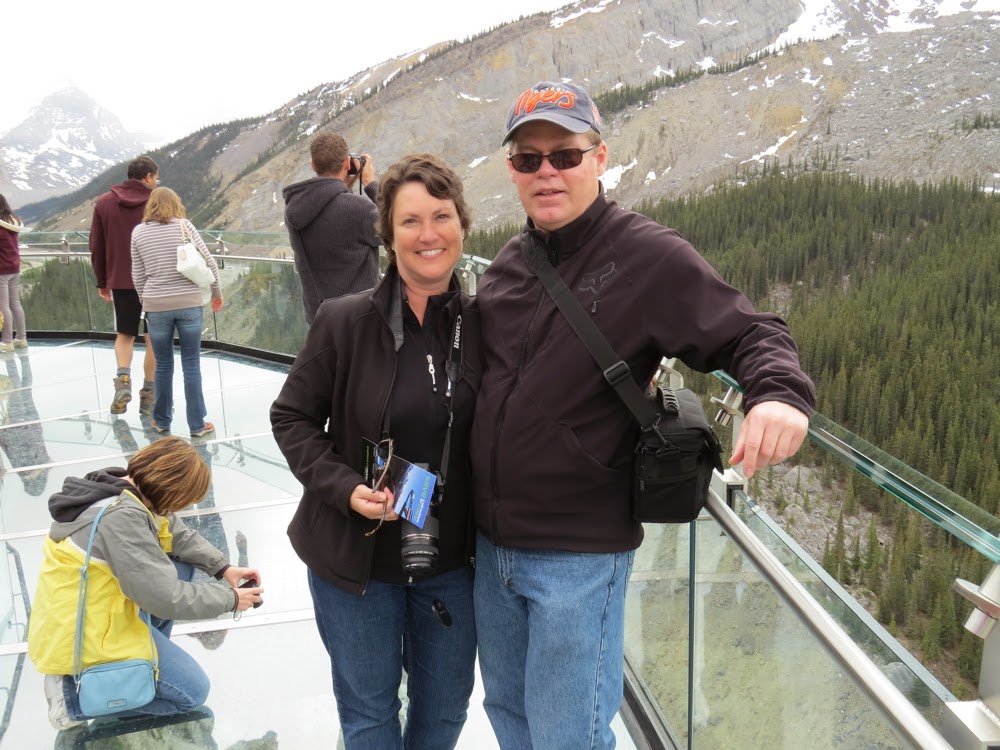 Hanging out on the Glacier Skywalk

I would highly recommend planning a ride through the Canadian Rockies, especially along this road.

Posted by Gerald Trees at 08:00 No comments: 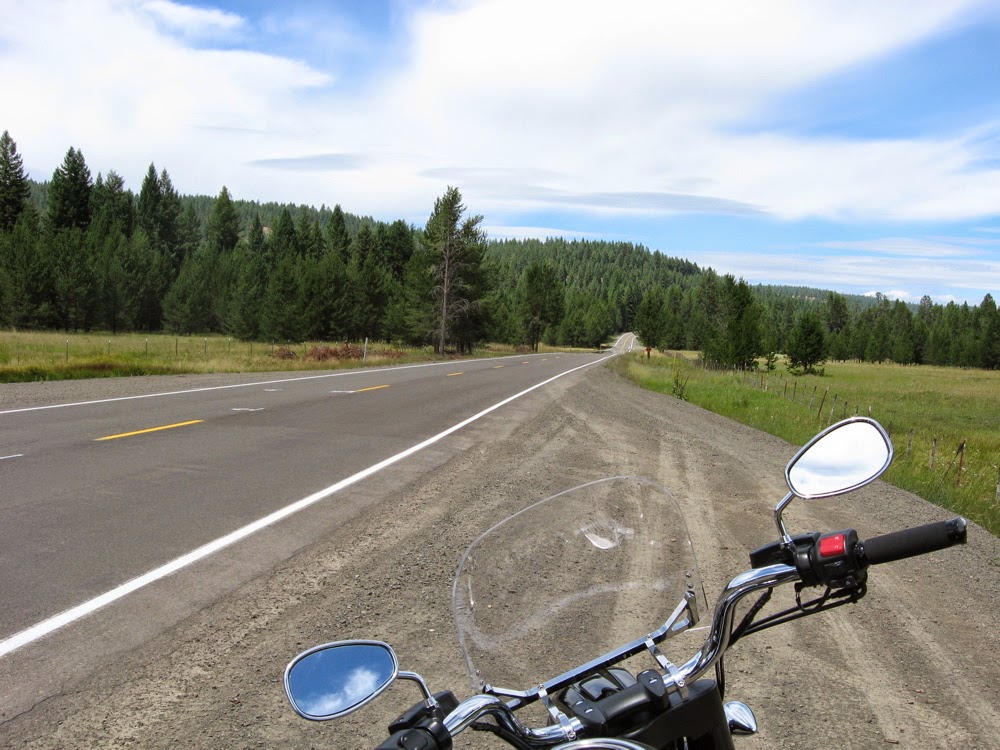 On July 22, 2008 I wrote the following to myself.  I read it regularly as a reminder to follow what I want to do and go where I want to go.  Looking back, this has helped more then I'd ever imagined it would.

Last evening I was taking a short motorcycle ride to relax and think. On my way out of town I thought how nice it would be to keep going and explore. It was at that moment I thought of the movie “The Truman Show” and how life mimics the plot of the movie too well.

In the “The Truman Show”, Truman has grown up on a movie set without knowing it. His “friends”, “co-workers”, “neighbors”; even his “wife” are actors.  Their purpose is to make Truman feel “normal” while at the same time limit his movements and his advancement. If Truman tries to explore, the people around him respond and his exploration is limited or stopped abruptly.  Whenever Truman tries to leave town, all avenues of “escape” are blocked.  The only true way out, the water, holds a deep fear for Truman as is father “died” in that water. Over time, Truman discovers the truth about his environment at the expense of his friends, wife and work.  He finally mustered the courage to overcome his deepest fear, even when the “powers that be” were against him and he escaped his “world”. How did Truman accomplish this? It was a burning desire, passion if you will, to fine his first and true love who’s “father” told Truman years before that they were moving to Fiji when the director didn’t want Truman getting involved with that actress.  Truman was going to Fiji! He dreamed about Fiji, learned about Fiji and finally took action to go to Fiji.  Roadblocks, big ones, ere put in his way and he either went around them, dug through them (watch the movie) or blasted through them.

Life can be be the same, at least for me it is. I have dreams but I've let friends, family, obligations and habits keep me from breaking out. I find more and more I want to break free from my comfort zone and live!  I’m the one to blame as I've let people and situations control me instead of me controlling me. Today that will come to an end!  Today I choose to be the Truman who has the courage to face fear and ridicule in order to break out of the world that I’ve allowed others to create. I want my own world, thank you very much! 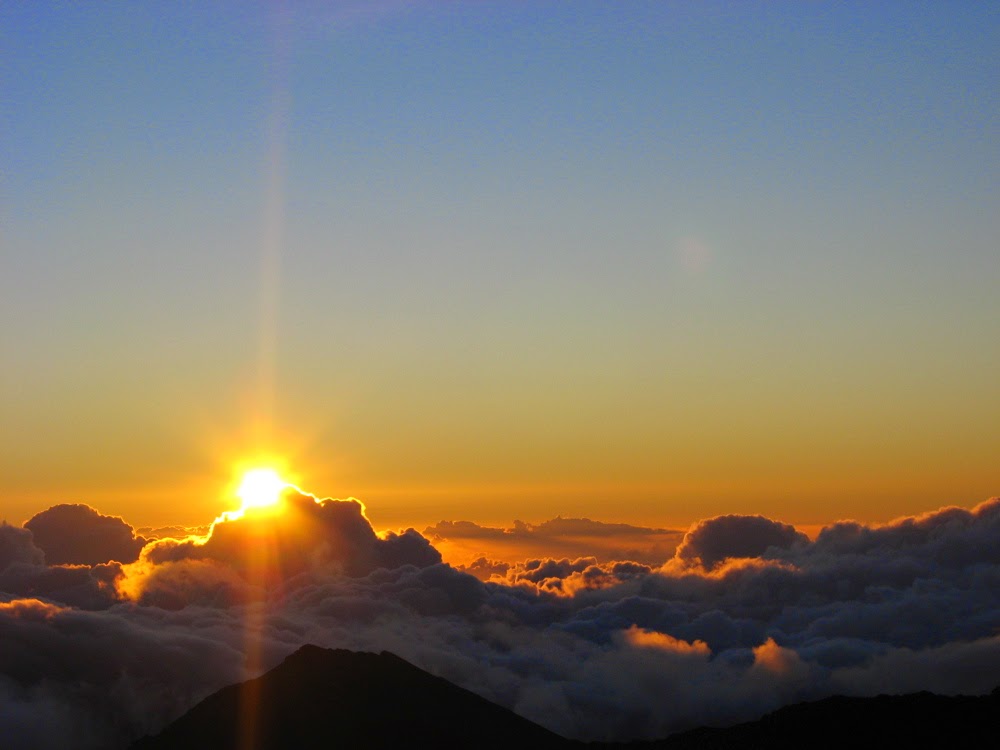 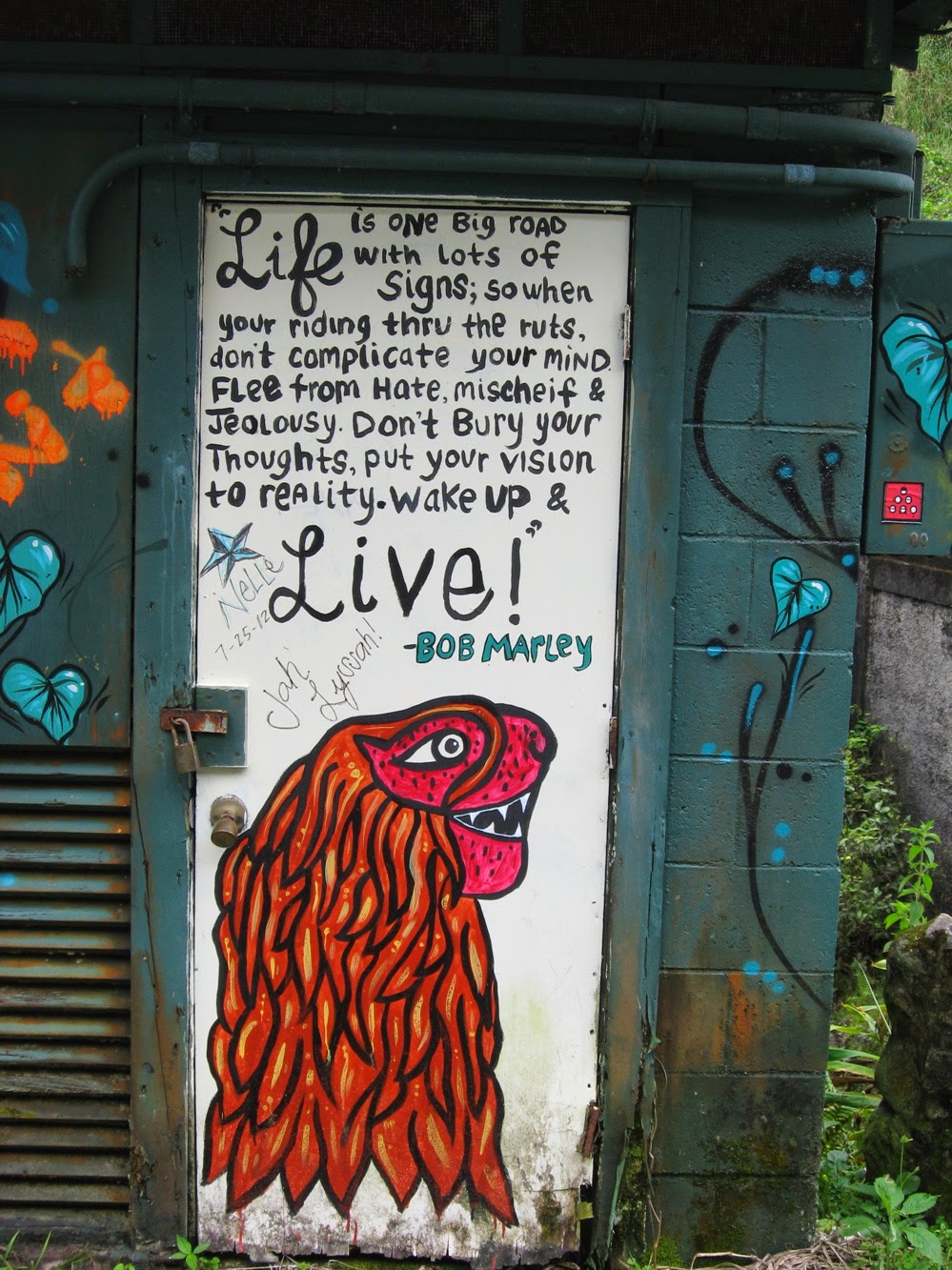 I found this on an electrical utility building along the Road To Hana on the Island of Maui and I read it often.

Posted by Gerald Trees at 09:02 No comments: