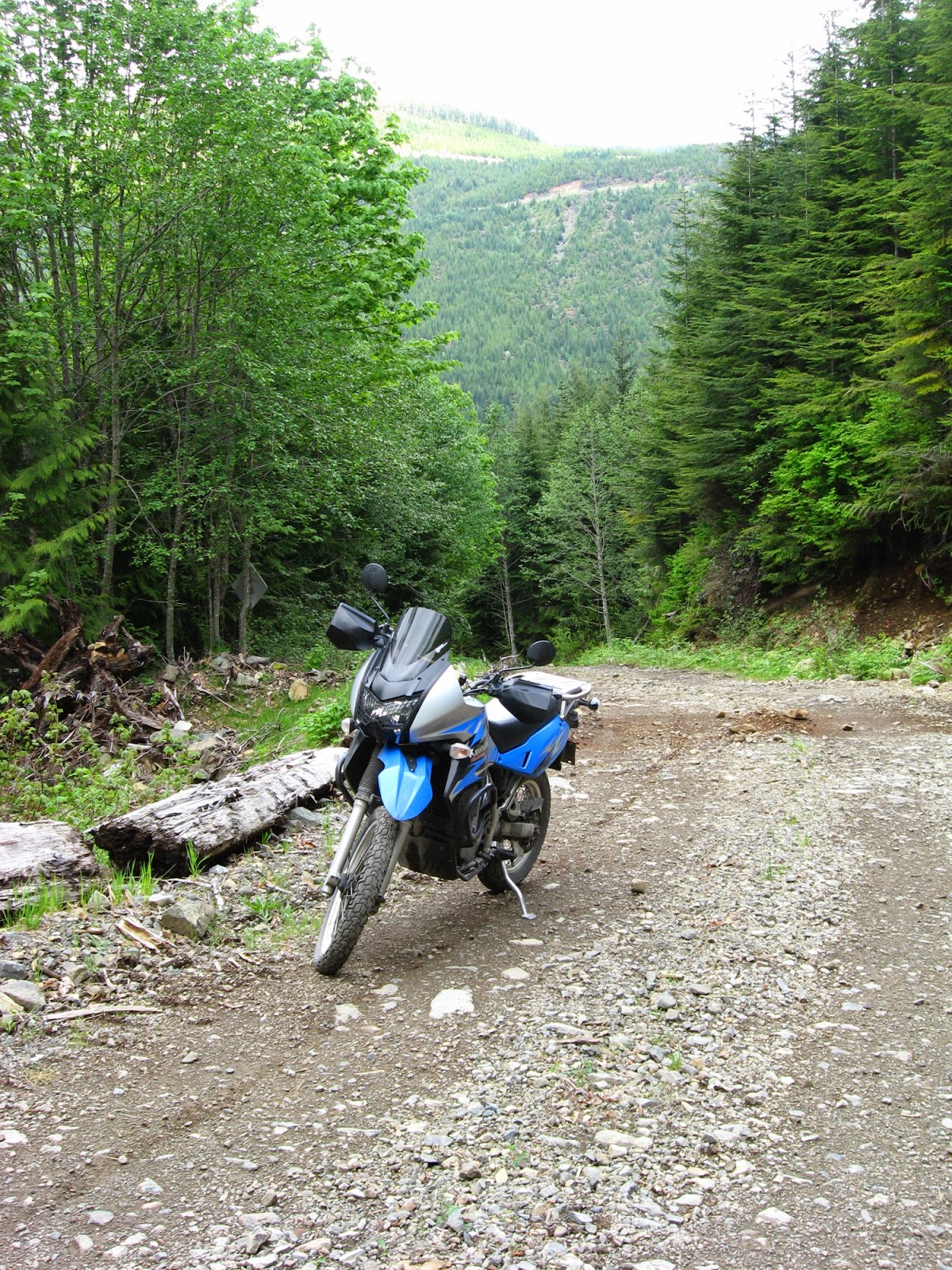 Kawasaki began selling the KLR 650 in1987 and changed the bike very little until 2008.  The second generation KLR 650, while not earth shattering, did bring some much-needed upgrades.  Better wind protection and suspension being the biggest changes.  Even with the changes made in 2008, the KLR 650 is a “dinosaur” in the motorcycle world and yet it's still one of Kawasaki’s best selling motorcycles.

Why has the KLR 650 lasted so long and why has it reached cult like status among the thousands of KLR 650 riders worldwide?

It’s an affordable adventure motorcycle:  With the price of most adventure motorcycles well north of $12,000, the KLR is a bargain with a price tag under $7,000 for a new one.  Then again with so many KLR’s out there, a low mileage used one can be found for even less.  Add to the price, a 6.1-gallon (23 liter) gas tank and a manageable weight, the KLR 650 has a great range and is easy to take down most dirt and gravel roads. 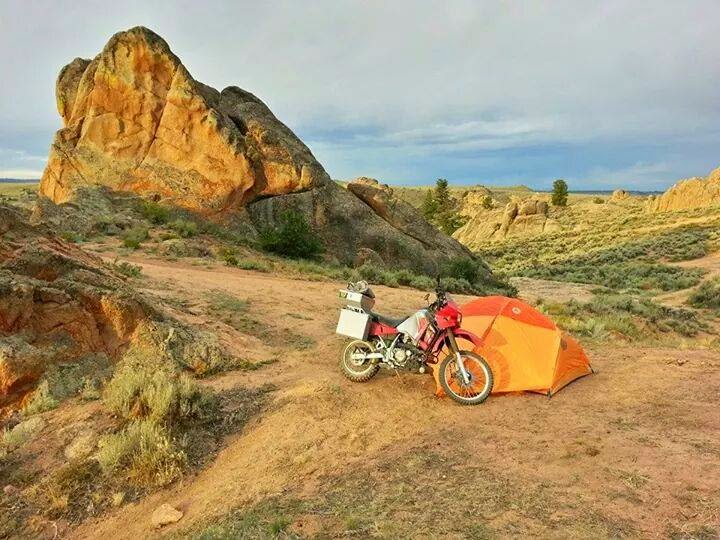 My friend Paul camping with his 2007 KLR

It’s simple and reliable:  With a near bullet proof, single cylinder engine, basic electronics and a design that most back yard mechanics can work on easily with a few tools and a shop manual, you can travel with confidence on your KLR.  If it does break down, parts are readily available just about anywhere in the world and if you are unable to fix it yourself, there’s a good chance someone close by will.

Aftermarket Upgrades:  I’ll be so bold as to say that the mighty KLR has more aftermarket part available for it then are available for Harley Davidson’s.  Outside of a dealer showroom, you’ll have a difficult time finding two KLR’s that are alike.  Owners have done everything from building supermotos, daily commuters, street trackers and full on Around The World touring machines out of the KLR. 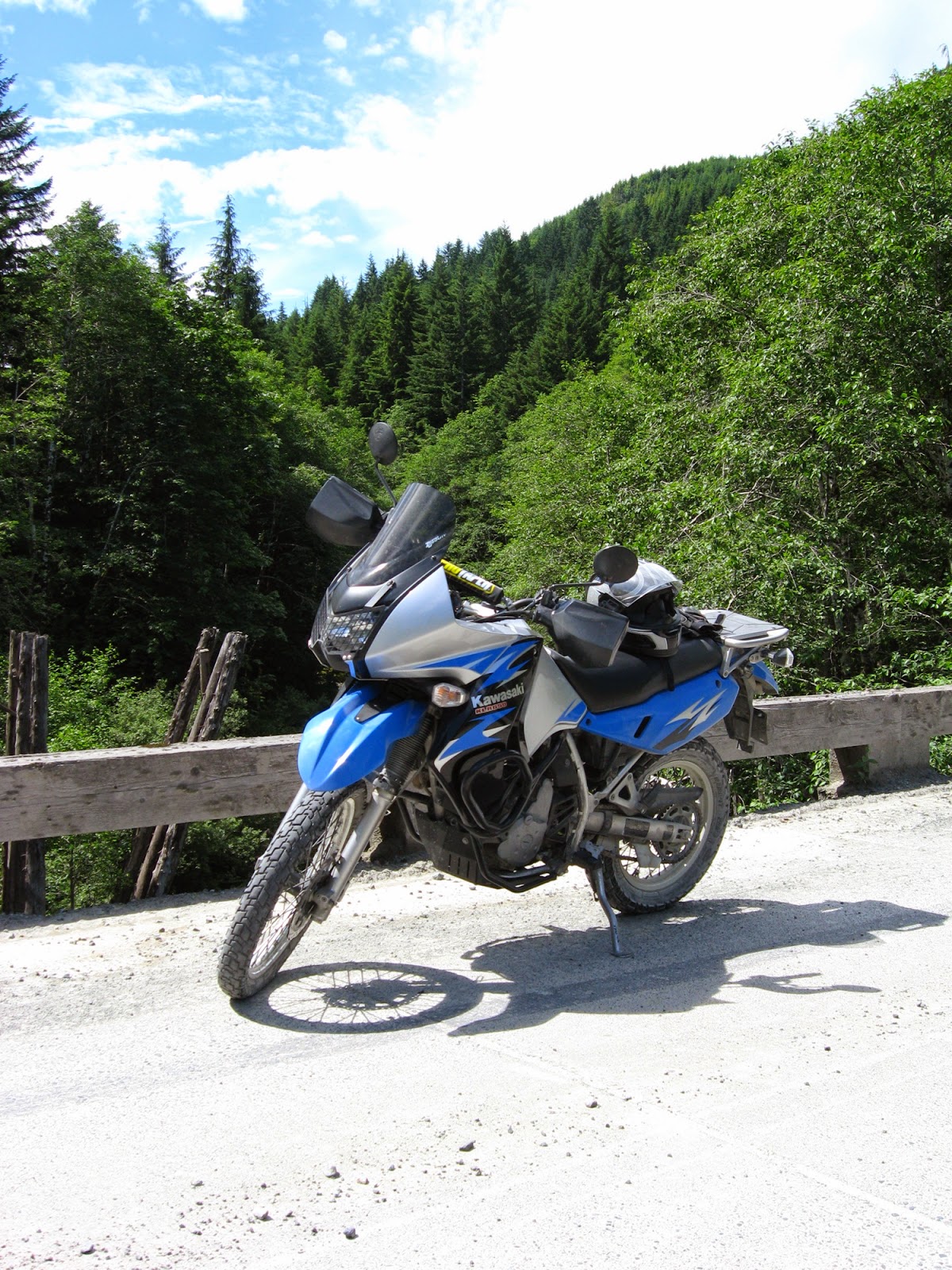 The Horsepower Paradox:  The KLR has a whopping 35 hp – 38 hp depending on whose numbers you go by.  With some modifications to the air box, the addition of an aftermarket exhaust pipe, engine upgrades and carburetor modification, it’s possible to get a few more ponies out of the engine package.  With all of that, the KLR will still fall short of the more expensive motorcycles and yet it uses all of its power wisely and is fun.  I own two other motorcycles with over 100 hp and torque enough to roast the rear tires and my KLR still makes me smile.

The Kawasaki KLR Kult has a strong following and will likely keep Kawasaki building the motorcycle for a few more years, at least.  Join us!